The most substantial information about the state and needs of the Russian market of flowers and plants - this is the coming International exhibition “FlowersExpo” held in the International Exhibition Center “Crocus Expo” , Moscow, 12-14 September, 2017. 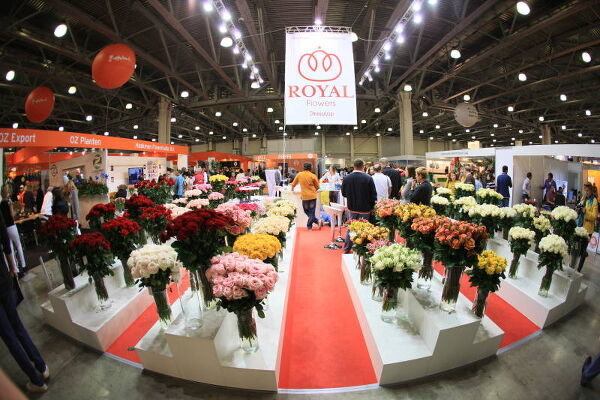 The whole range of floral and ornamental products will be presented at “FlowersExpo’2017” by over 25 countries, and 50 % of its area is allocated for display of cut and pot flowers. It clearly demonstrates that flowers are in great demand being a favorite attribute in the life of the Russians in cities and towns all over our vast country.

Growth in sales of cut flowers in Russia was constantly increasing in the years preceding the crisis and increased from 938 million pcs. in 2005 to 1.75 million pcs. in 2014. The amount of flower sales according to different analysts accounted for over 4 billion USD where 90% was import.

The main suppliers of flowers are the Netherlands (44% of the market) and South American countries (Colombia – 13%, Ecuador – 36%).

The largest share of imported flowers is sold in Moscow. According to experts the sales market here accounts for 17.5- 23% of the total flower sales in Russia. Moscow is followed by Moscow region and St. Petersburg, 18% and 13% respectively. 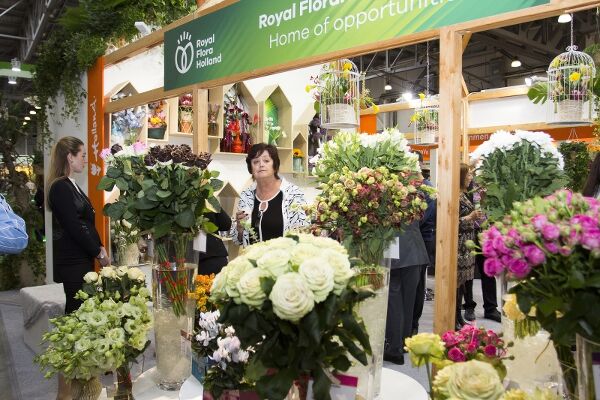 “FlowersExpo” shows that roses are the most favorite flowers in Russia. And it is no surprise that roses rank first in cut flower import accounting for 43%.They are followed by chrysanthemums and carnations, 22 and 16% respectively.

Over 60% of rose import both in kind and in value terms is supplied from Ecuador. Colombia is the second among rose supplying countries.. Rose import from Kenya is growing from year to year, and recently it has increase by over 50%.

Such countries as Japan, India and Vietnam that demonstrated their products at the exhibition several times already are also entering the Russian market now. According to them their major limiting factor is logistics.

And what about domestic production?

The Exhibition shows that local producers are also entering the Russian flower market with high quality products. They have increased production due to the introduction of new greenhouse complexes and to the earlier built facilities that have reached their full capacity. Thanks to the above the production of cut flowers has grown 2.5 times reaching about 15% in total sales. 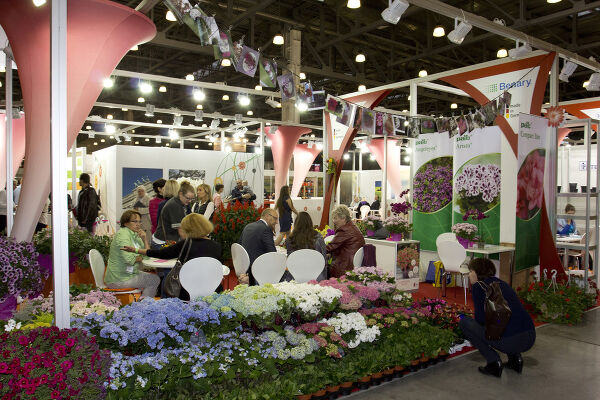 Despite the decline in sales by 12-15% in 2015 at the end of 2016 the demand and realization of floral and ornamental products started to recover.

Flowers for the Russians are still a very important and obligatory attribute of festive and family events, and state celebrations. Despite the crisis the demand for flowers remains high.

Therefore experts say that despite serious decline in consumer interest and a number of technological difficulties, the Russian market is still of interest for investors.

Analysts from consulting companies predict positive growth of the Russian flower market in the next five years. According to their forecasts sales in physical terms will reach 2.16 billion pcs by 2019 exceeding the level of 2014 by 23%.

The main growth drivers are floristic services and sales growth thanks to increase in the average purchase frequency. Gradually flowers are not being looked upon as a holiday attribute only. Following the global trend the Russians start to consider flowers as a daily attribute of home décor element.

It is forecasted that, having overcome the crisis, in the next 10 years Russia will take the second place in Europe after Germany in the volume of flowers imports. The actual capacity of the Russian flower market is still estimated by experts at $ 40 billion.

Being a big event and successful business project “FlowersExpo” confirms these forecasts.

The exhibition retains and even increases the interest of both Russian producers and buyers and players of the world flower market. In 2016 about 400 companies from 27 countries took part in the exhibition.

It was visited by over 17 000 businessmen from 200 Russian cities and towns from all regions of the Russian Federation and by representatives from 35 foreign countries interested in the Russian market. For them “FlowersExpo”, reflecting the needs and demands of the Russian market, is an important platform for further business development and professional communication.

Do not miss “FlowersExpo’2017”, a showcase of the Russian market of flowers and plants, a full-fledged business platform for effective contacts, investments and promotion of goods and services.