Flower market of Kazakhstan through the prism of AstanaFloraExpo'2018 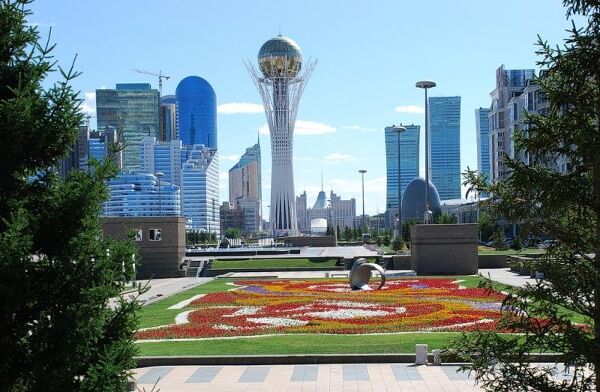 Kazakhstan Flower Market ... What are its features, needs and development prospects? The answer to these questions is given by the IX International Trade Fair "AstanaFloraExpo'2018", heldon April 11-13.

The Republic of Kazakhstan is a country with a successfully developing economy and a rapidly growing consumer market. is an active consumer and importer of floral products. According to experts, its capacity is 80-100 million dollars.

Currently, 90% of the products on the flower market in Kazakhstan are imported. The main suppliers are the Netherlands, Ecuador, Colombia, Kenya, Israel, China. About 70% of the total volume of imported flowers is consumed by Almaty and Astana.

According to the Customs Control Committee of the Ministry of Finance of Kazakhstan, the structure of imports is dominated by a rose. The main supplier of Ecuador, large suppliers are also Holland and Colombia. Further on the popularity of chrysanthemum, Holland leads. A lot of carnations are imported, the main suppliers are Colombia and Holland. Import of such species as gerbera, orchid, gypsophila and others is growing. Total in the list of importers 31 countries .

Growth of supplies of cut flowers before the crisis year of 2015 was observed for all major supplier countries. But already in 2015, according to experts in the flower market of Kazakhstan, there was a decline in sales in physical terms at the level of 15-20%.

According to published data on Kazakhstan market of the World Association of Plant Growers, AIPH, it was noted that the highest indicators were before the crisis. In 2013, cut flowers were imported to Kazakhstan for 39 962 €, and in 2016 - for 23 221 €. The total import of all floral and decorative plants to Kazakhstan in 2016 was also lower and amounted to 54 446 €.

Currently, the flower market in Kazakhstan is recovering. All the players confirm his significant growth. Wholesalers are increasing their turnover. Is improving a structuring of the market.

Experts of the Dutch auction Royal FloraHolland note that in 2017, the purchase of floral products by Kazakh companies have grown significantly.

The demand is growing on not only for cut flowers, but also on ornamental plants. The sales of pot plants have grown significantly. In this sector 100% of imports.

As for own production, then realizing the profitability of the flower market, business began to invest in this sector. Modern greenhouse complexes are being built, in which, according to European technologies, flowers are grown for cutting. Now local producers cover about 10% of the market of cut flowers.

The cut flowers of local production since 2007 are supplied by the greenhouse complex "Kunarly", which is part of the Tranko holding. The volume of production is 6 millions roses per year. Varieties from the world's breeding companies RosenTantau, Lex +, De Ruiter, Terra Nigra, Interplant, Schreurs.

Large complexes for growing flowers were built by Merkur Holding. They enter the holding company Merkur House and Mercur Green. In Mercur Green roses, gerberas and ornamental foliage are grown. Daily for sale is sent from 5 to 10 thousand cuts. The Merkur House grows roses of French and Dutch breeding rosewood companies.

The flower market of Kazakhstan, formed in recent years, has proved to be potentially promising. Thanks to cooperation and business contacts with the leaders of the world flower business, professional wholesale and floristic companies have appeared here. Professionals united in the Association of Florists of Kazakhstan.

The international Exhibition "AstanaFloraExpo" makes a significant contribution to the establishment and development of the flower market of the republic. On April 11-13, 2018 sрe again takes the representatives of the world flower industry in Kazakhstan.

Open new page of your business in Kazakhstan through the Trade Fair "AstanaFloraExpo".