Whereas many exhibitions in Europe are being cancelled, the FlowersExpo in Moscow, Russia continued. Last week, from September 8-10 the Crosus Expo in Moscow opened its doors. Of course, with less international exhibitors, the exhibition was different from past editions, but still there was a lot to see, both on the exhibition floor as well as online. 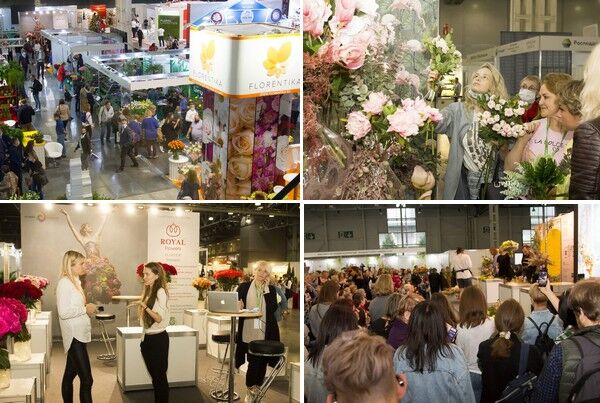 The in-person edition in the Crocus Expo in Moscow welcomed 9,857 visitors and the number of visitors on the online platform was 1,870 from 38 countries.

Dekker Chrysanten, was one of the few foreign exhibitors and they were the only Dutch chrysanthemum breeder and grower with a physical booth at the exhibition. "Dekker is a dyed-in-the-wool exhibitor at this exhibition and we didn't want skip this edition. Particularly because these are uncertain times and the need for information is high", says Warja Abrosimova, Marketing Manager Eastern Europe at Dekker. Besides Dekker also Straathof Young Plants, seller of Dekker cutting material in Russia was present. 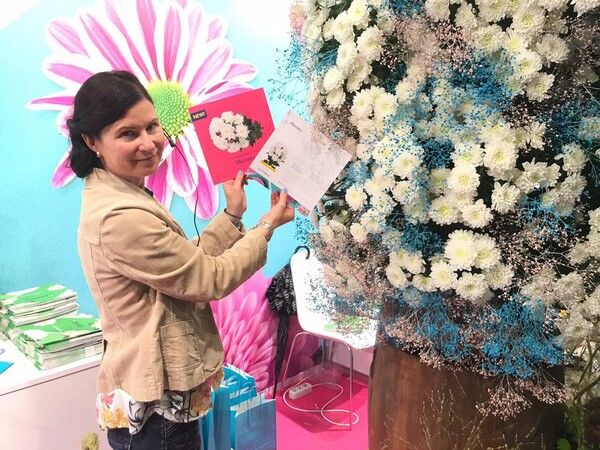 Even though the amount of booths was a lot lower than usual, the number of visitors was more or less similar to other years. "The physical exhibition had over 10,000 visitors and online over 1,800 took part, including me.", she says. "With a heavy heart, I had to cancel my trip to Russia, because of 'code orange'. This also meant that we had to improvise, but Russians like me are good at that."

The booth of Dekker was manned by their local marketing colleague and a famous Russian arranger and influencer Dmitry Turcan, who reaches millions of people on social media. "We are cooperating with Dmitry for a while. He is extremely popular and partly due to his presence, our stand was 'the place to be'. Literally thousands of pictures have been taken", Warja says. "Even with corona, the exhibition was a huge success for us. It has been a very good decision to participate, particularly now and it has been valued by our relations. At the booth, we had a book in which the visitors could leave a message. After the first day, it was already completely full, even with poems and personal messages. Very special and heart warming." 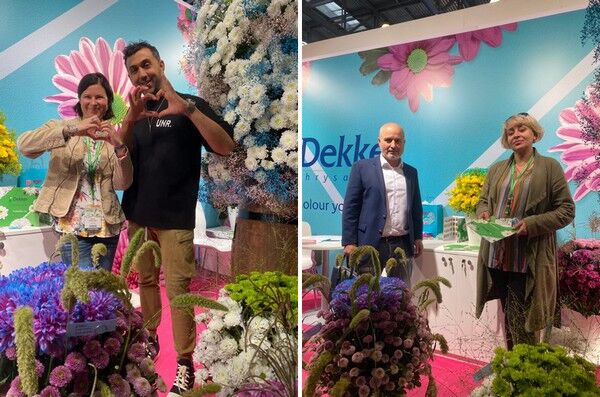 Left: Marketing specialist Olga Mamomova, together with Dmitry Turcan.
On the right, people from Souzsvetorg, a retail chain in Moscow with 50 shops, visiting the booth.

At the booth, Dmitry Turcan gave the visitors more information about the santini assortment of Dekker. "Of course, Dmitry knew our varieties already, but he explored the options and quality of our santinis more. He told me that he started to love the santinis even more." Besides, also new varieties were presented, like Montes. The white spray chrysanthemum Montes is on the market for about half a year now and differentiates itself from other spray chrysanthemums as the flower further develops in the vase. The varieties of Dekker were also used during the Russian Florist Cup and the Russian Florist Award during the exhibition. 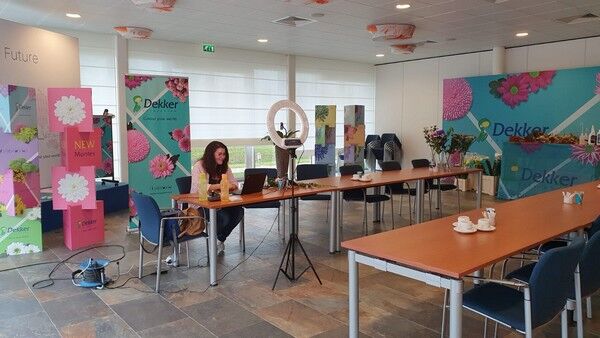 Warja in the Nederlands being busy at the exhibition

During the FlowersExpo, a conference took place where Warja held a presentation about the turbulent market during the corona crisis and the future market developments. Also further digitalisation was discussed, for example at FloraHolland. The presentation was a hit. "We were contacted and asked if the presentation was for sale. A compliment, but also a signal that people are really looking for information and particularly in these uncertain times."

"Despite we've rather had a usual exhibition, we got in touch with many new people. Particularly because there weren't that many exhibitors. The Russians attach a lot of value to loyalty, and we've shown that we are there, in good and challenging times. Many visitors really missed the Dutch growers who are usually exhibiting. Partly therefore, many came to our booth to ask for price lists, but that's not how it works. We always work with the Dutch growers, exporters and importing wholesalers. We only redirect. We know the chain very well and we can speak the language of the local market. This combined with our outstanding varieties disbud and spray chrysanthemums and of course santini, makes Dekker a strong partner Our producers have lost a lot at the FlowersExpo in Moscow”.