A new impetus to the development of domestic floriculture.

One of the significant events within the framework of the business program of the international exhibition "FlowersExpo 2021" in Moscow was a "round table" on the topic "Industrial floriculture in Russia. The current situation and new opportunities", organized with the participation of the Association "Greenhouses of Russia" and the National Association of Flower Growers.

For the first time in 17 years of the existence of domestic floriculture, based on modern technologies of year-round flower cultivation, the state paid attention to this industry.

The moderator of the "round table", a member of the board of directors of the association "Greenhouses of Russia" Alexander Litvinenko, gave the floor to the main participants: the directors of two large greenhouse complexes for the production of cut roses: Yulia Charyshkina (TC "Podosinki") and Daria Vasilyeva (Kaluga Flower Holding LLC), the chairman of the Board of the National Association of Flower Growers and the founder of the company "New Holland" Alexey Antipov, the representative of the German breeding company "Rosen Tantau" Anatoly Bryukhin and Senator Andrey Epishin, who is the head of the established working group on the development of the floriculture industry.

Representatives of domestic producers of cut flowers shared their successes, which are manifested in the development of modern Dutch technologies for growing cut flowers, the high quality of flowers grown, which is noted, first of all, by consumers and the wide geography of the location of flower greenhouse complexes in Russia (14 regions, including the Moscow, Kaluga regions, Krasnodar Territory, the Republic of Mordovia, Adygea and others).

At the "round table" it was noted that since 2014, the construction of new greenhouse complexes in Russia has almost stopped, and the existing 169 hectares provide the flower market with their own products by only 16%.

The existing problems hinder the further development of the industry:

In response to the speeches of representatives of the industry, Senator Andrey Epishin noted that the state paid attention to the problems of domestic flower producers.

Since February of this year, the issue of suspending the import of a large flow of "gray" flowers from abroad has been resolved. Thanks to the joint effective work of the Federation Council and the Government of the Russian Federation, it was possible to solve the issue of preventing the supply of flower products to the Russian Federation using opaque intermediary schemes, as a result of which the state received additional income. The senator noted that considering the additional revenues to the federal budget due to tax fees for the import of flowers, the working group proposed to provide in the draft federal budget for 2022 and for the planning period of 2023 and 2024 measures of financial support for domestic producers of flower products. The solution of the issue of importing flower products to the Russian Federation using "gray schemes" has had a positive impact on domestic producers of flower products, which have become more competitive in the domestic market.

Andrey Epishin noted that the Federation Council will also consider other possible measures to support Russian flower growers. The Russian and Belarusian tax and customs authorities will continue to work together to eliminate the facts of underestimation of the customs value for imported flower products. It is planned to develop a comprehensive program of import substitution and development of the floriculture industry, defining in it a list of measures of state support for domestic producers of flower products.

The participants of “the round table” noted that state support for the industry would give a new impetus to its development. After all, for domestic flower products to occupy 60% of the market, it is necessary to build at least 350-400 hectares of new greenhouse complexes. This will give the state an additional 5,000 new jobs in rural areas, an additional tax revenue of at least 1.5 billion rubles annually. 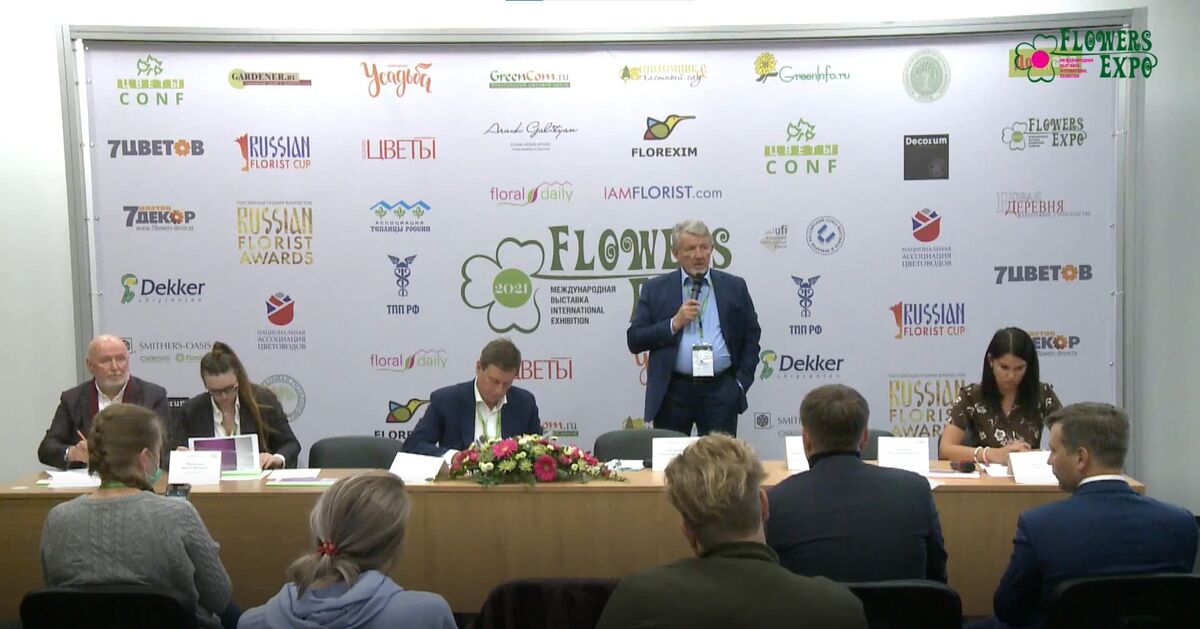